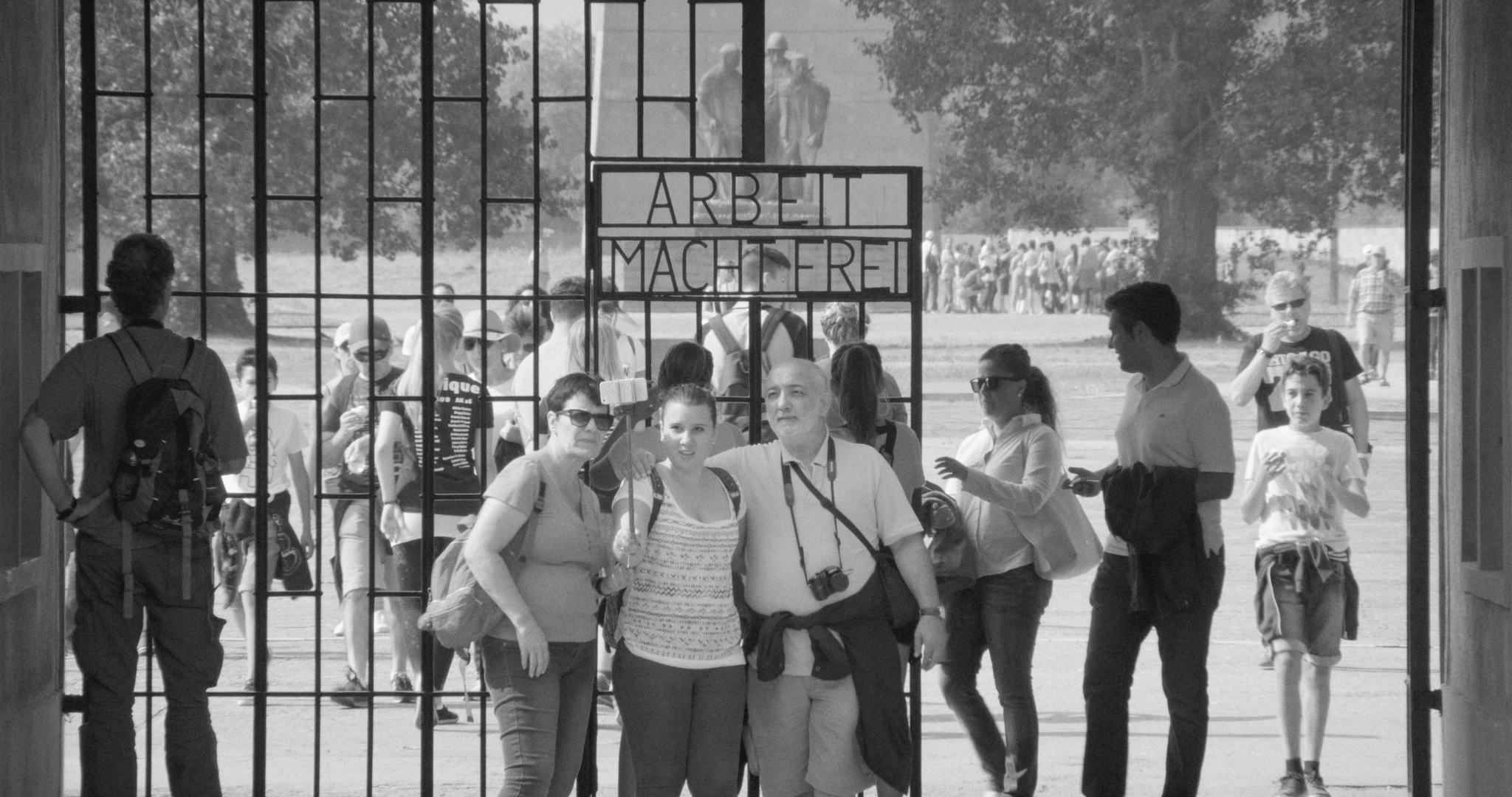 Sergei Loznitsa visits the sites of several former concentration camps, which have been converted into Holocaust memorials, and observes the behavior of modern visitors. The tourists show a lot of skin, often wear short trousers or have a piece of clothing wrapped around their hips. Some are dressed in T-shirts whose wittily-intended lettering comments on life. They have backpacks and prams with them. They stop, photograph the exhibited or each other, drink and have a snack.

“One of the greatest mysteries of such places is the motivation of people to spend their summer weekends in former concentration camps and look at ovens and crematoria. To understand it, I made this film.”