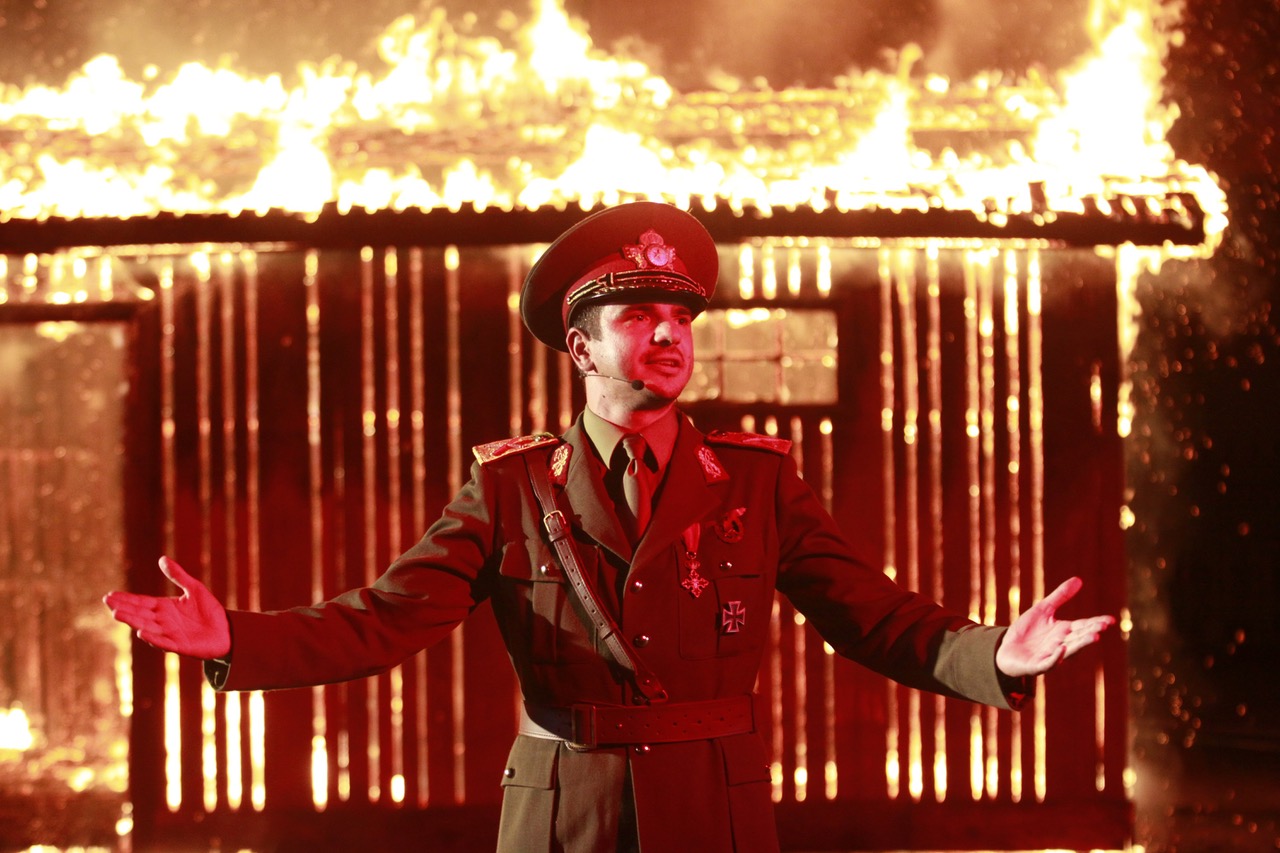 Radu Jude’s resonant feature, “I DO NOT CARE IF WE GO DOWN IN HISTORY AS BARBARIANS”, chronicles a young theatre director’s efforts to stage an accurate re-enactment of the Odessa Massacre – in which Romanian soldiers slaughtered tens of thousands of Ukrainian Jews – despite the municipal government’s attempt to censor the director’s efforts. Her choice angers a city of official who threatens to close the production because of its “anti-Romanian” take on history. The reaction to the staged play, however, is one that neither anticipated.