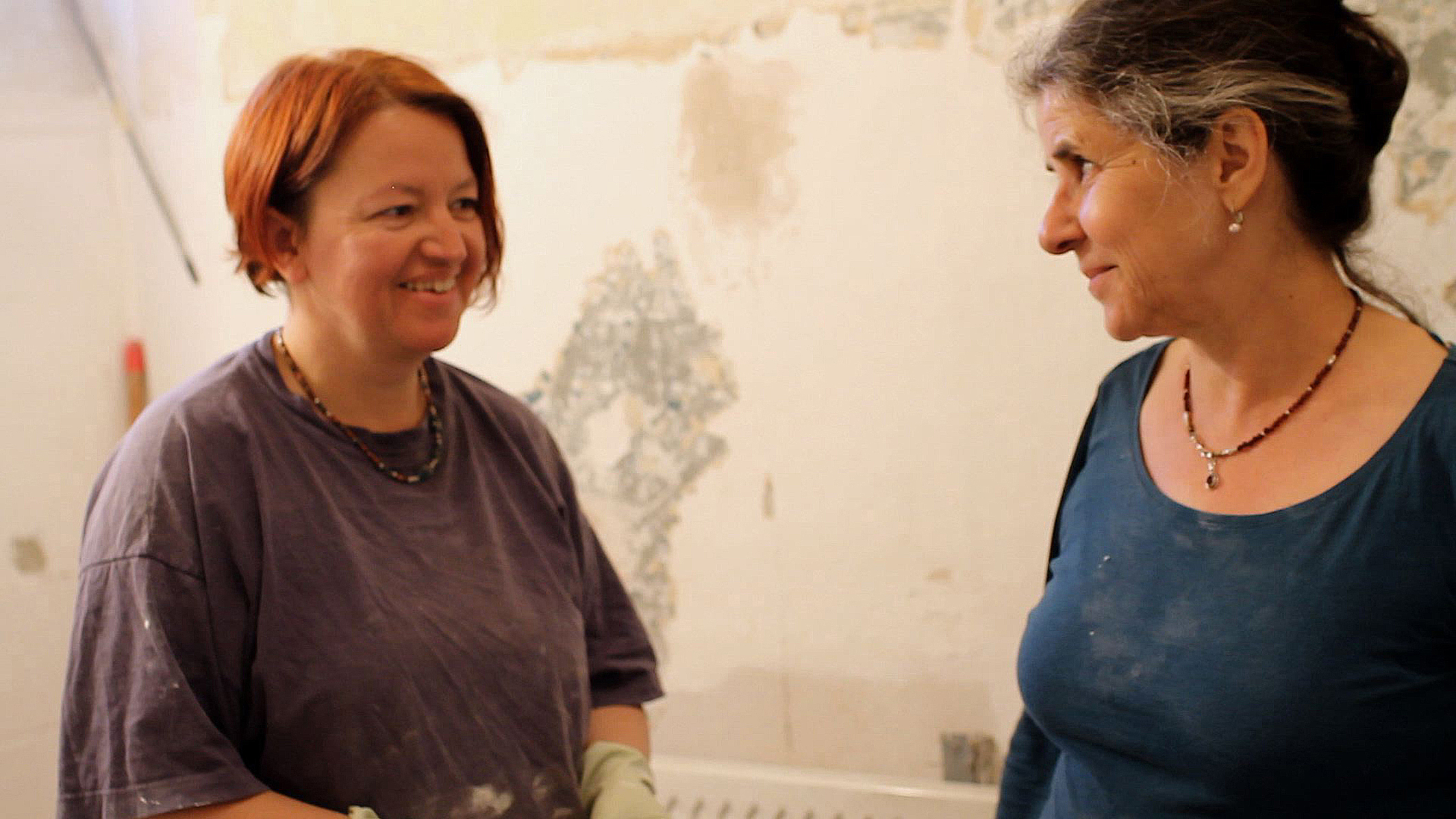 The artists Jalda Rebling and Anna Adam live together in Berlin. They are Jewish women of the “first generation” after the Shoah. The experiences of their parents have made them vigilant.

At the same time, growing up as Jewish women in post-war Germany in East and West Germany made them sensitive to social processes. Experiencing and actively accompanying the emergence of a democracy shaped their life and their Jewishness.

It was in this tension between family and society that they developed their sharp political awareness and the need to constantly interfere. Jalda and Anna is the portrait of two women who today live self-confidently proudly and Jewish in Germany, who take their place in society with determination and humour, and who continually reshape it.